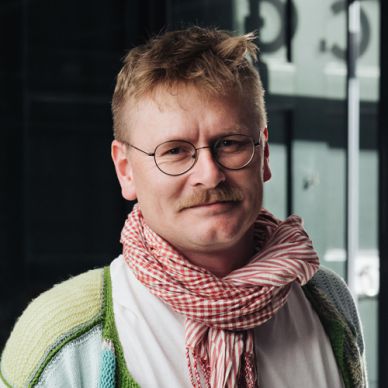 Robert Morat Galerie is delighted to announce that Tobias Kruse has just been awarded the recommended Olympus Fellowship 2019!

In cooperation with Haus der Photographie / Deichtorhallen Hamburg, Foam Fotografiemuseum Amsterdam and Fotografie Forum Frankfurt (FFF), Olympus created “recommended” in 2017, a fellowship for up-and-coming photographers in the artistic field. The aim is to support the photographers at a crucial juncture in their careers by enabling them to work closely with curators at the three renowned European institutions for photography. The fellowship, which includes a grant as well as advisory support, enables every two years three selected fellows to undertake a dedicated photo project. Each fellow is personally coached by a curator at one of the distinguished photography institutions in conceiving and realising the project. The curators then exhibit the project results in order to draw the attention of the wider audience and the art world to the fellows’ work. 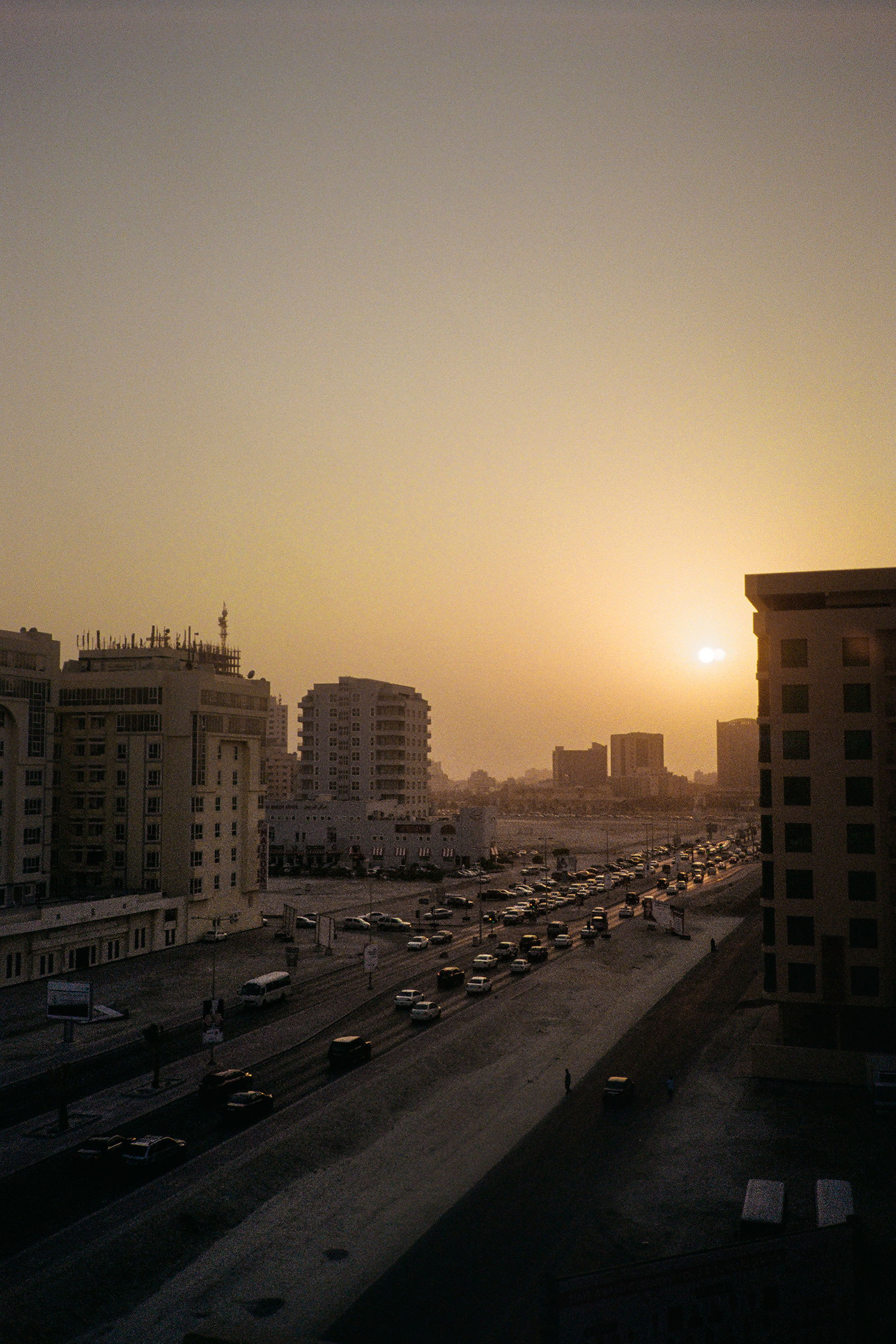 We cordially invite you to the opening of the exhibition “Tobias Kruse | Material” on Friday, May 10, at 7 pm.

“Material” was published at Kerber Verlag  November 2018. The series includes narratives, notes and observations from the past ten years, in which Tobias Kruse has produced images that translate a mood, a sense of life into an authentic visual language. “In recent years, Tobias Kruse has captured the unspeakable moments of life: the shape of an object, the certainty of impending injuries, the birth of children and happiness on their skin,” wrote Laura Benz on the occasion of the book’s publication. “Many call the work a diary, but of course that’s not what it is”, says Tobias Kruse. “It’s miniatures, a condensate.”

Tobias Kruse was born in 1979 in Mecklenburg. He studied photography with Prof. Ute Mahler at the Ostkreuzschule für Fotografie and attended the masterclass of Prof. Arno Fischer. Since 2011 he is a member of the agency OSTKREUZ. Since 2017 he teaches at the Ostkreuz School of Photography. His works are exhibited and published internationally. Tobias Kruse lives and works in Berlin. 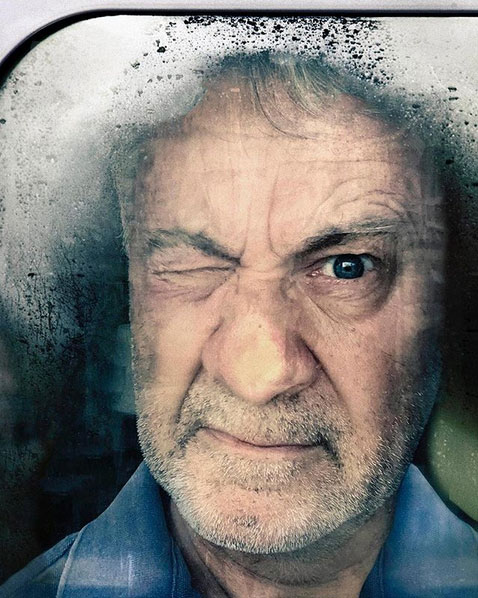 It is with a heavy heart that we must share the news of the passing of Michael Wolf (1954-2019). It was only in March that we had agreed to be working together in the future and we were enthusiastic about the plans we were making and about what felt like a new friendship! Our heartfelt condolences go out to his family! 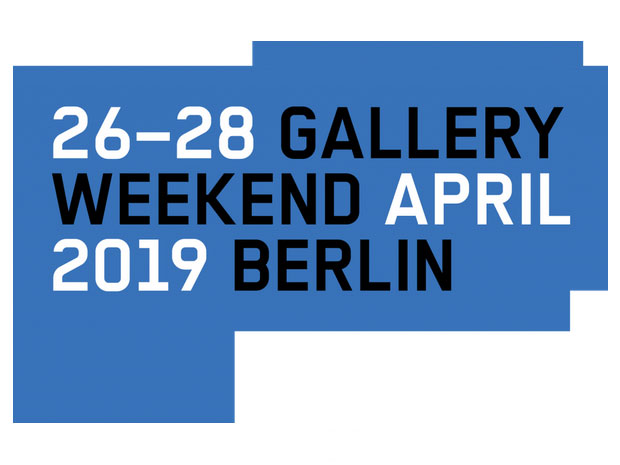 Robert Morat Galerie is very much looking forward to seeing you around at this years edition of GALLERY WEEKEND BERLIN! Hans-Christian Schink‘s “Hinterland” will be on display and we will work special opening hours: Thursday, April 25, 12-9pm, Friday, April 26, 12-9pm, Saturday and Sunday, April 27/28, 11-7pm. @galleryweekendberlin 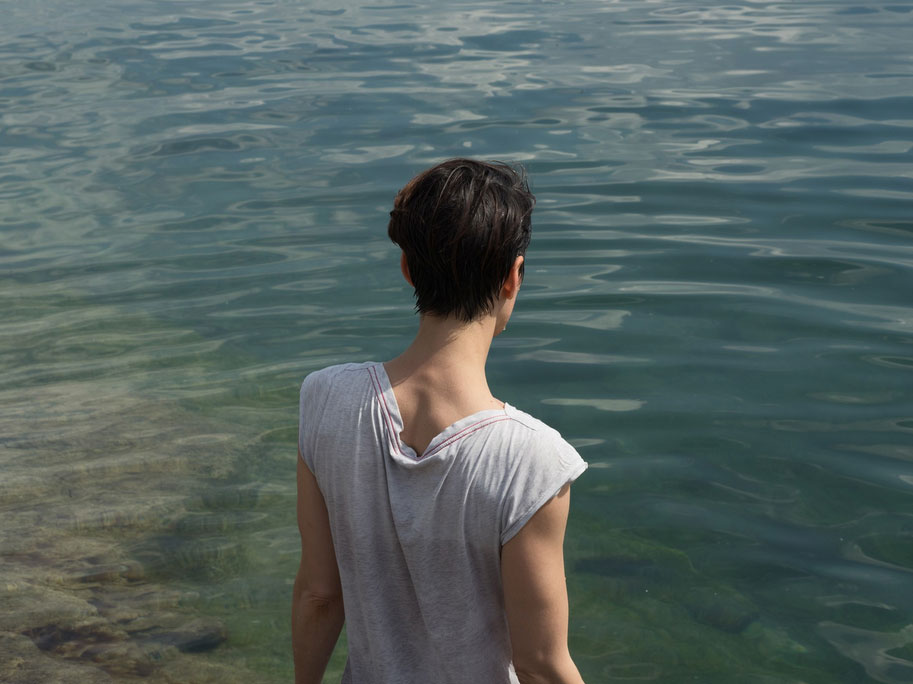 Robert Morat Galerie is pleased to share that gallery artist Shane Lavalette has been awarded a Pollock-Krasner Foundation Grant! The image (“Saint-Saphorin”, 2016) is taken from the series and publication “Still (Noon)“ published by Edition Patrick Frey. Works from the project will be on view during Shane‘s upcoming gallery show with us in Berlin this summer! 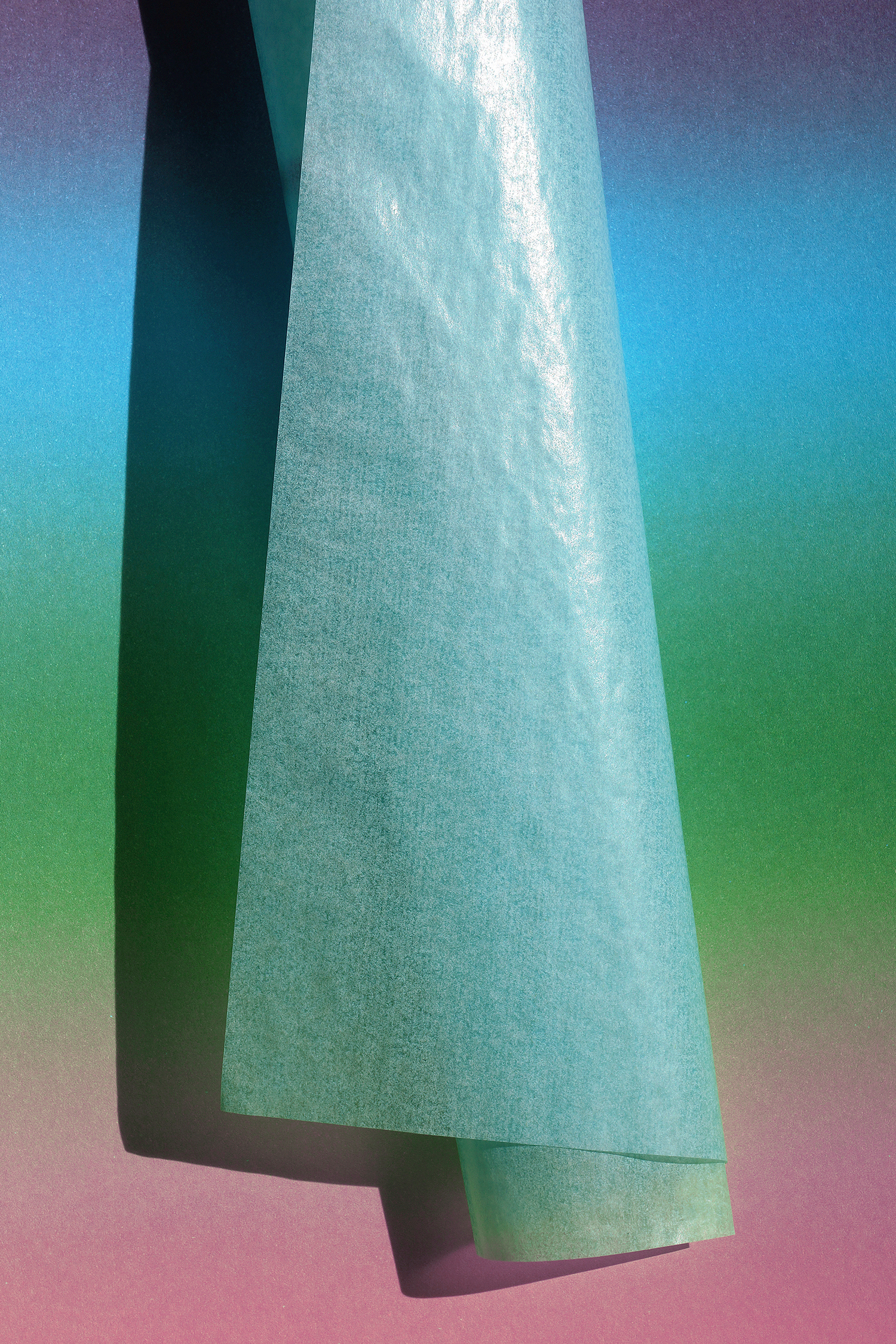 On Saturday May 4 at 7pm FOTOTREFF BERLIN is lining up an interesting program: Gallery artist Jessica Backhaus will be in conversation with curator Matthias Harder – and in a new category of talks titled “Book Slots” Tobias Kruse will speak about his new publication “Material”. The exhibition of this work will open at our gallery just a week after, on Friday May 10 at 7pm!

Image: Jessica Backhaus – “You will see”, 2015, from her latest publication “A Trilogy” 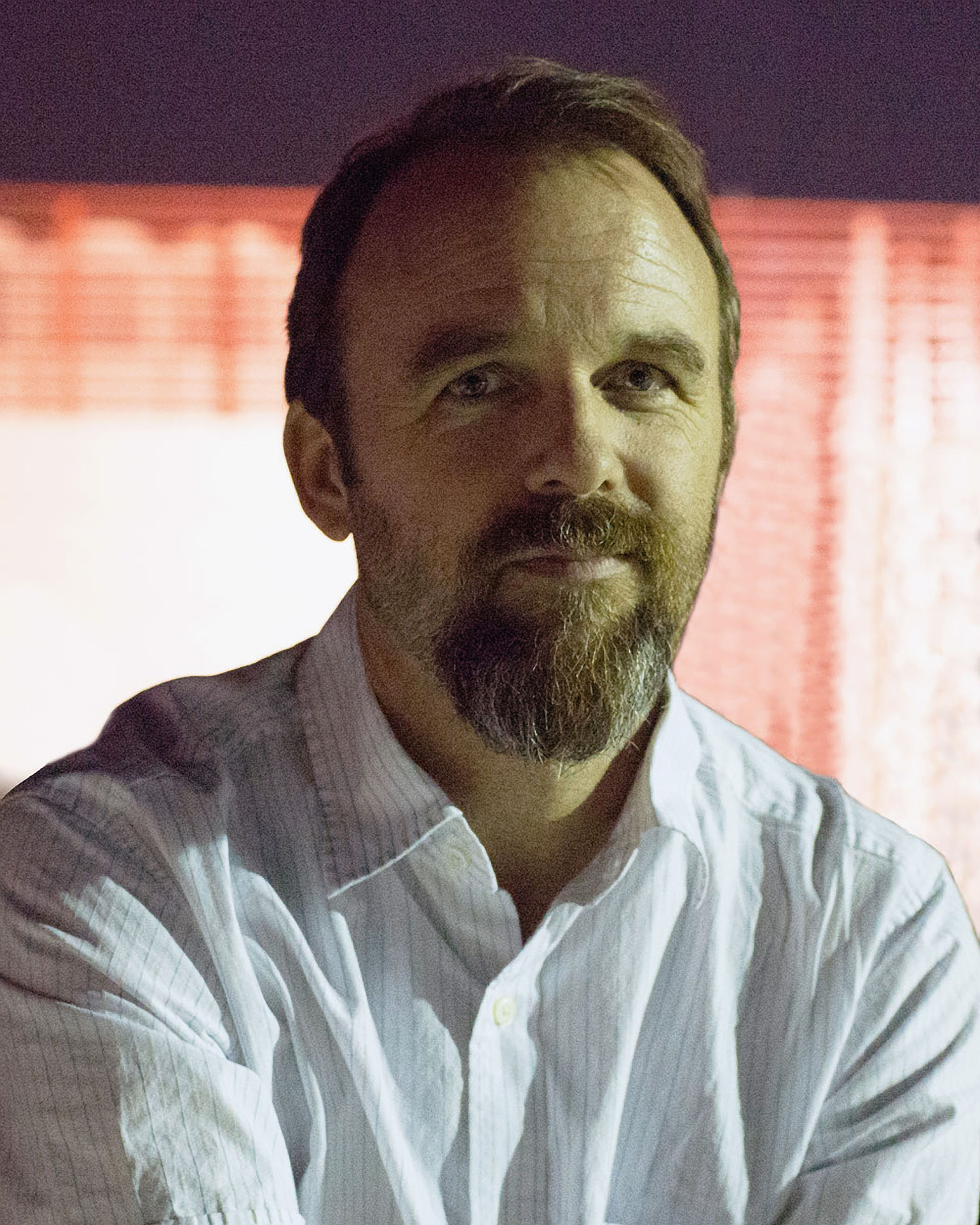 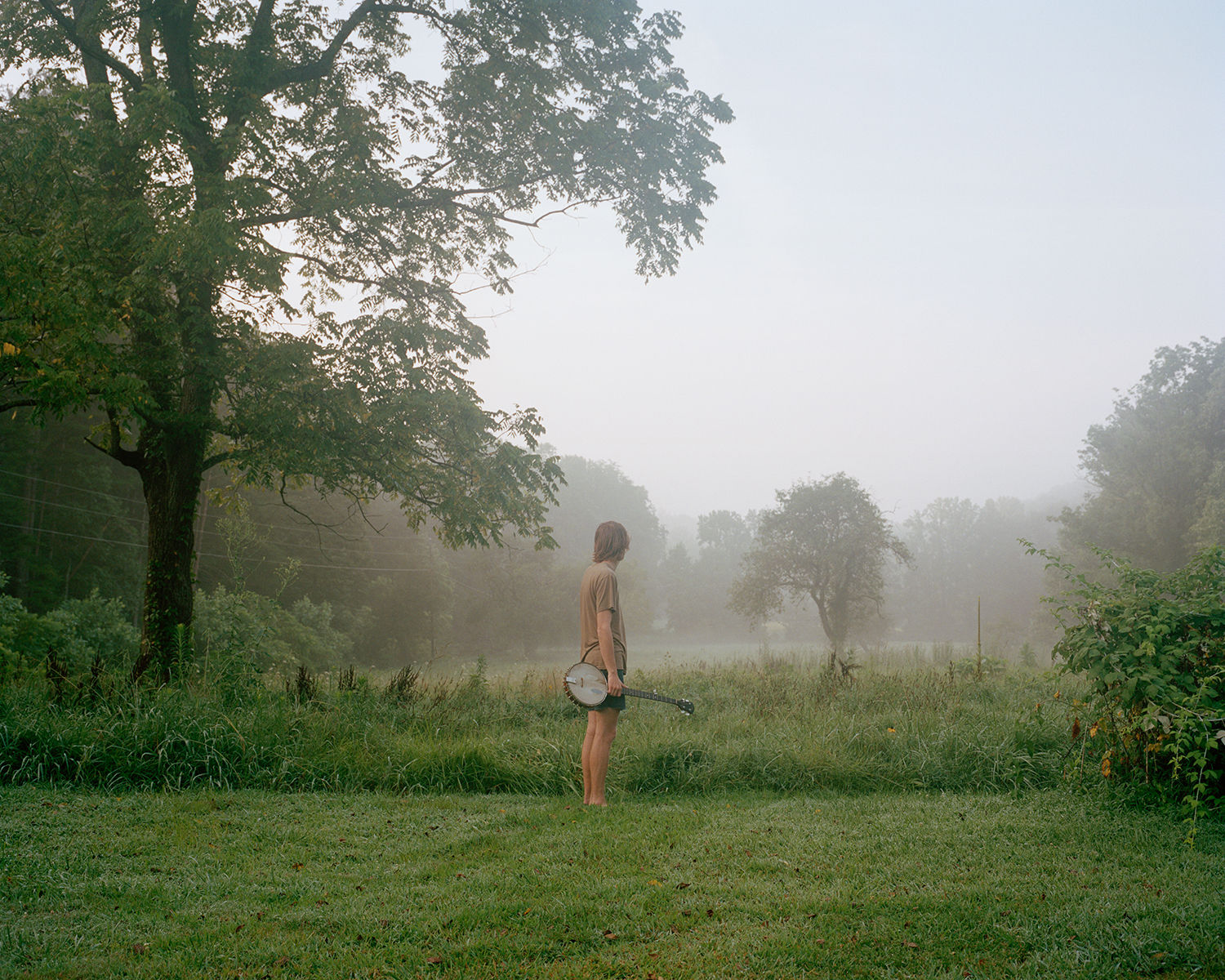 Coinciding with Photo London mid May, gallery artist Shane Lavalette will exhibit his wonderful “One Sun, one Shadow” project in London! The show will be presented by Unveil’d – for more info please follow the link. @shanelavalette @unveild 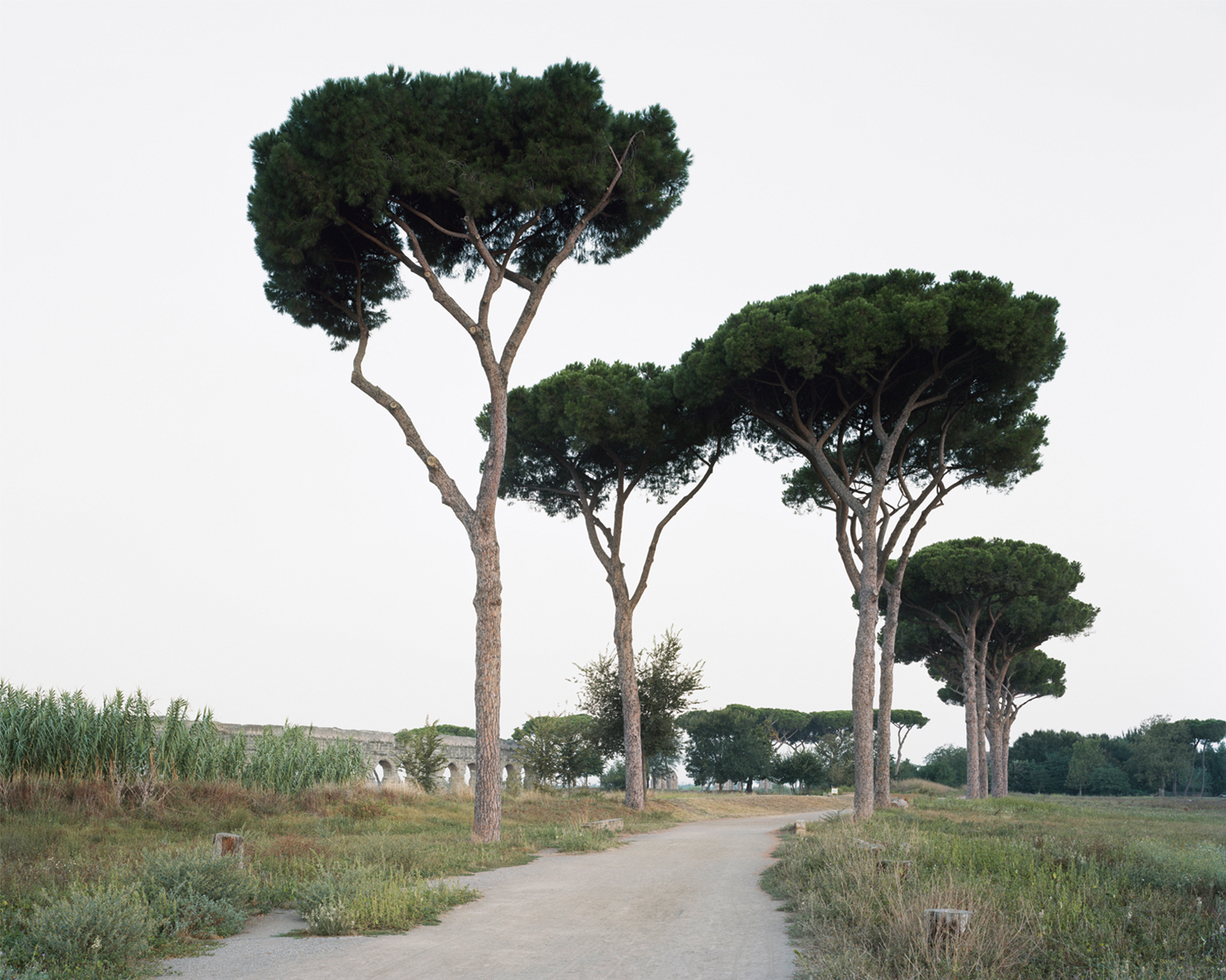 Works from Hans-Christian Schink’s beautiful Rome series titled “Aqua Claudia“ will be on view together with older works from his “Traffic Projects“ at Kunstmuseum Heidenheim from Saturday April 6 on. Should you be in the area, an opening reception will be held on Friday, April 5, at 7pm! 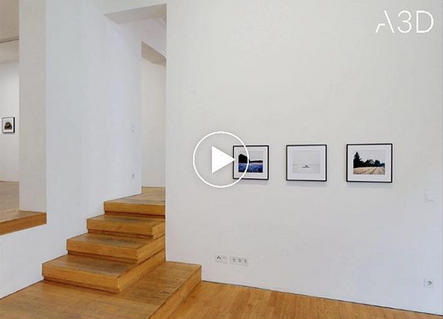 You can now take a 3D virtual tour on ARTLAND of our current show “Hinterland” by Hans-Christian Schink! 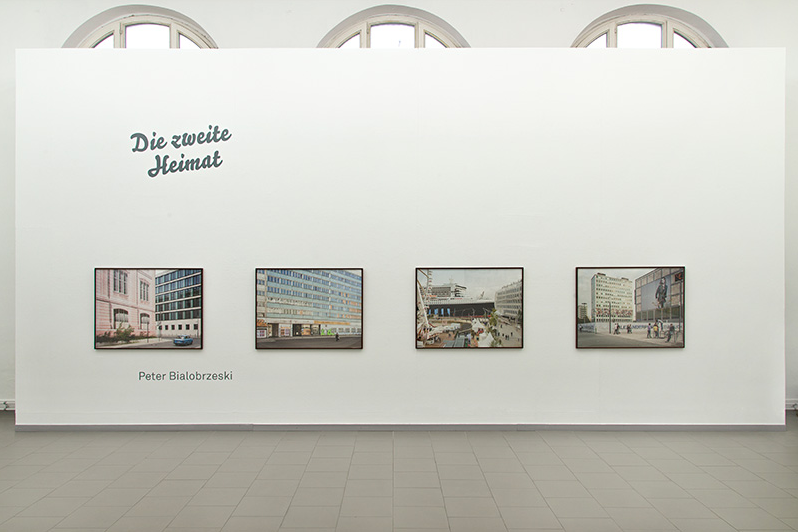 Gallery artist Peter Bialobrzeski‘s show “Die zweite Heimat” at Haus am Kleistpark in Berlin ends this week! Ingo Taubhorn speaks at the finissage on Sunday, March 31, at 4pm! Looking forward to seeing you there! @bialobrzeski_peter 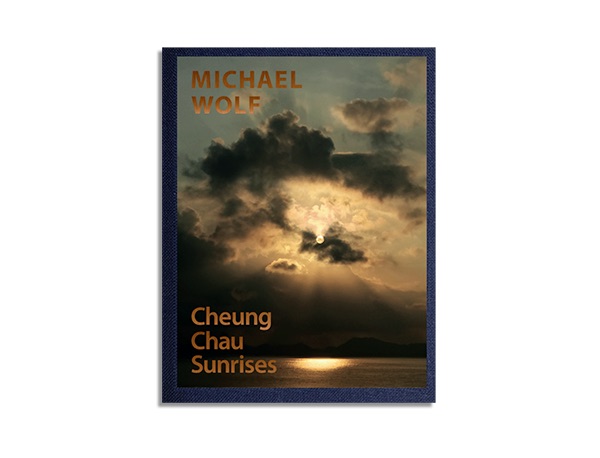 With his retrospective show of “Life in Cities” now closed at Deichtorhallen in Hamburg, gallery artist Michael Wolf is looking back at an extraordinarily successful exhibition, with well over 50.000 visitors and rave reviews. The show in Hamburg may be closed, but should you be in Berlin, make sure to not miss the small, beautiful show of Michael Wolf‘s latest body of work, the “Cheung Chau Sunrises”, at Bildband Berlin on occasion of the publication of the work by Buchkunst Berlin! Please follow the link to check out artbooksonline.eu Instagram post about the publication! 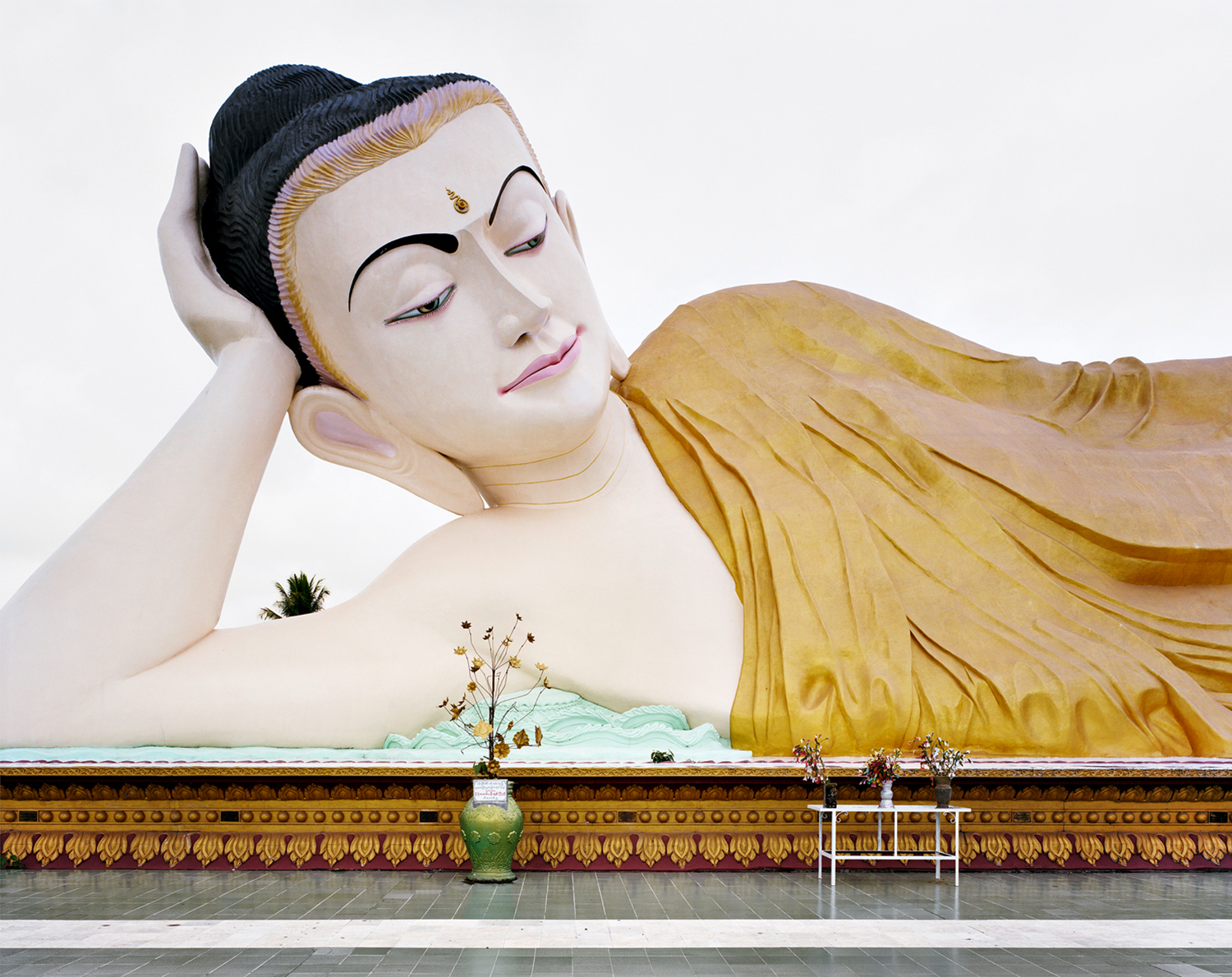 Hans-Christian Schink is the “Artist of the Month” in the March issue of the German language edition of “LE MONDE diplomatique”! Pictured throughout the newspaper are images from his two most recent series “Burma” and “Hinterland”. “Hinterland”, a study of German landscapes, will be our contribution to this year‘s Berlin Gallery Weekend in April. The image above from “Burma” will be part of our presentation at Paris Photo in November! 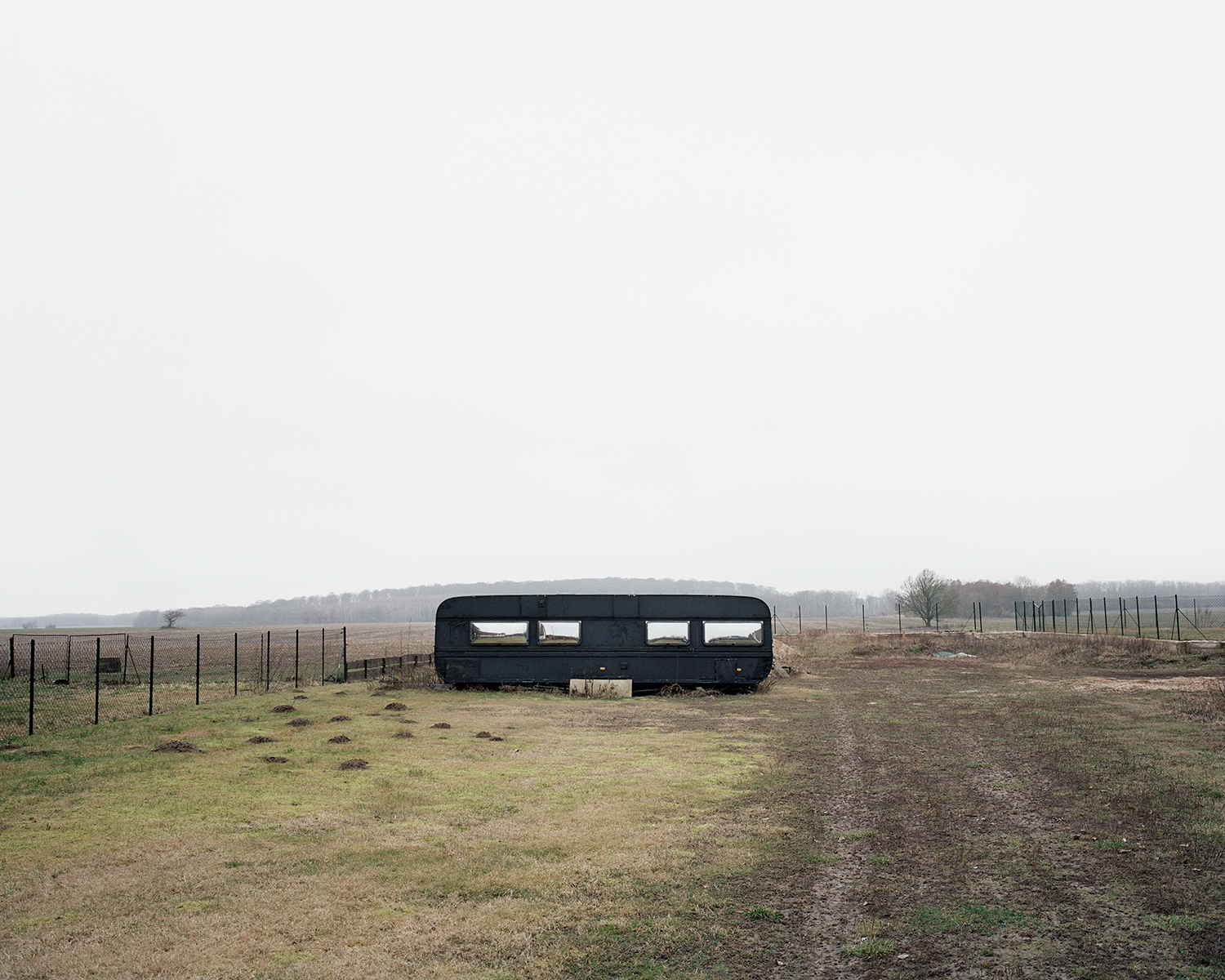 We cordially invite you to the opening of the exhibition “Hans-Christian Schink | Hinterland” on Friday, March 22, at 7 pm.

Hans-Christian Schink, born in Erfurt in 1961, studied at the Academy of Visual Arts in Leipzig. He is considered one of the most important representatives of contemporary photography in Germany. His works, mostly landscape studies in the field of tension between nature and civilization, are exhibited internationally and can be found in important public and private collections. With “Hinterland” the gallery presents Schink’s latest body of work.

“Hinterland means the sparsely populated areas off the big cities, in this series especially the remote regions of Brandenburg and Mecklenburg-Vorpommern,” explains Hans-Christian Schink. “On the other hand, the title Hinterland also refers to the imaginary landscapes that emerge from my memory. Landscapes that I know from my childhood.” And he goes on: “So this series is not about portraying concrete places. My pictures are more the result of a search without a destination.” In his project, Hans-Christian Schink tries to keep a balance of showing the brittle beauty of this form of landscape whilst transporting an atmosphere of melancholy, which stems from the endangerment of this landscape caused by the permanent exploitation of its resources. 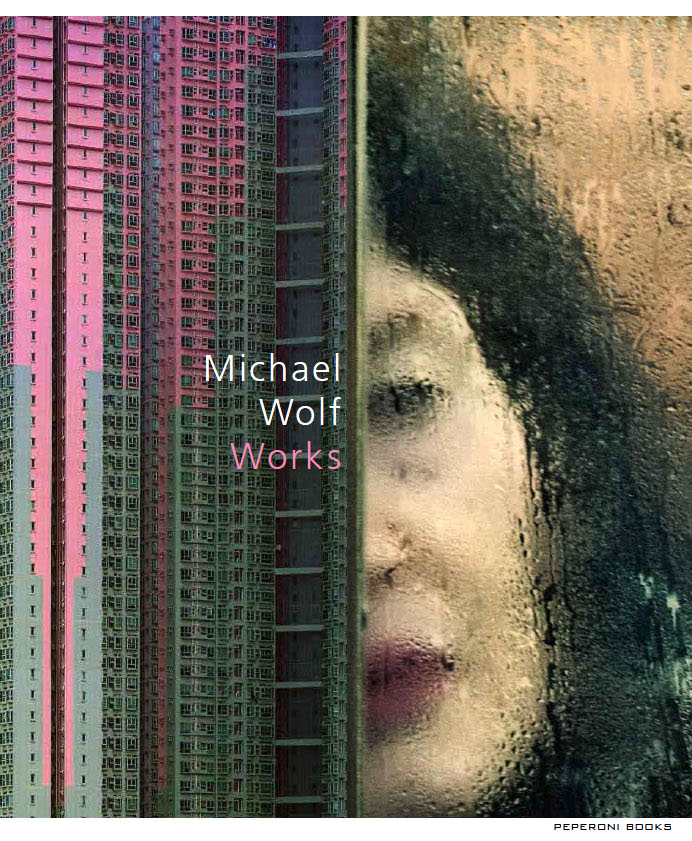 Robert Morat Galerie is thrilled to announce that Michael Wolf has joined the gallery for representation in Germany! Please sign on to our newsletter to stay in the loop for upcoming events. 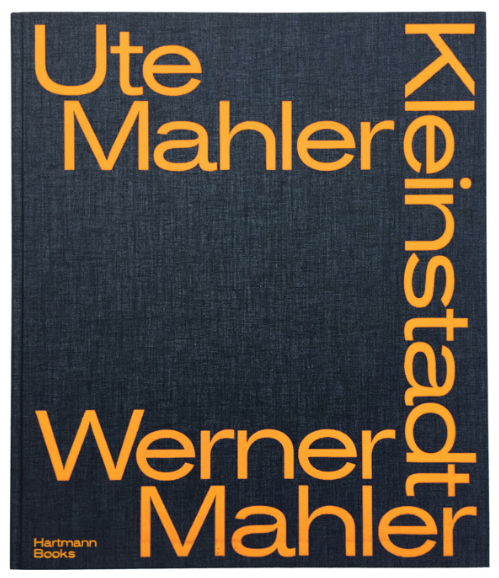 Ute Mahler and Werner Mahler‘s hugely successful publication of “Kleinstadt”, put out by Hartmann Projetcs, is now available in its second print run! We still have 5 signed copies of the first edition left at the gallery! The exhibition of the beautiful prints from the series is up until March 16! Don‘t miss it! For more info on the show, please click below! 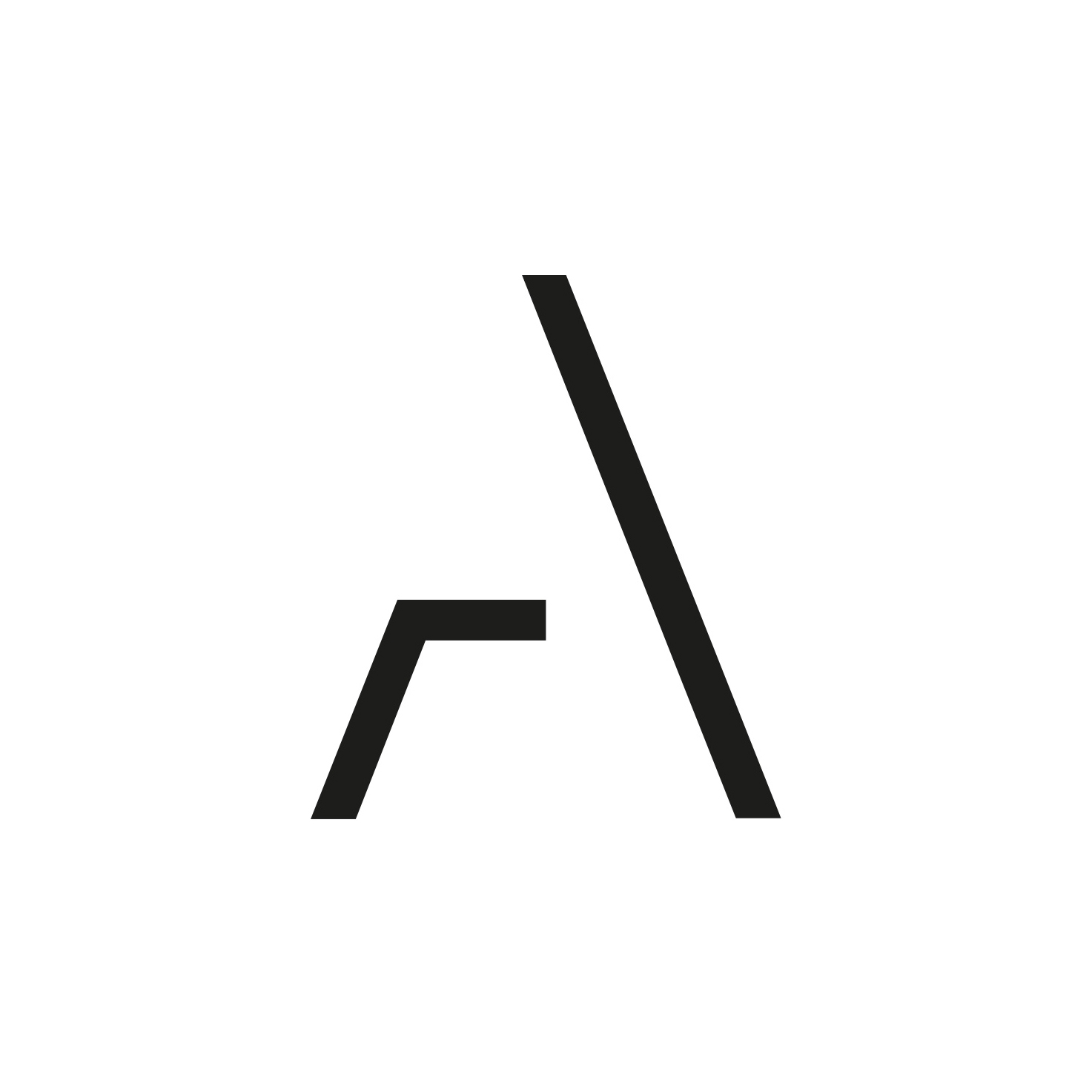 Robert Morat Galerie has now joined ARTLAND. The App allows 3D virtual tours of our exhibitions and provides info about pieces on display. Check it out! 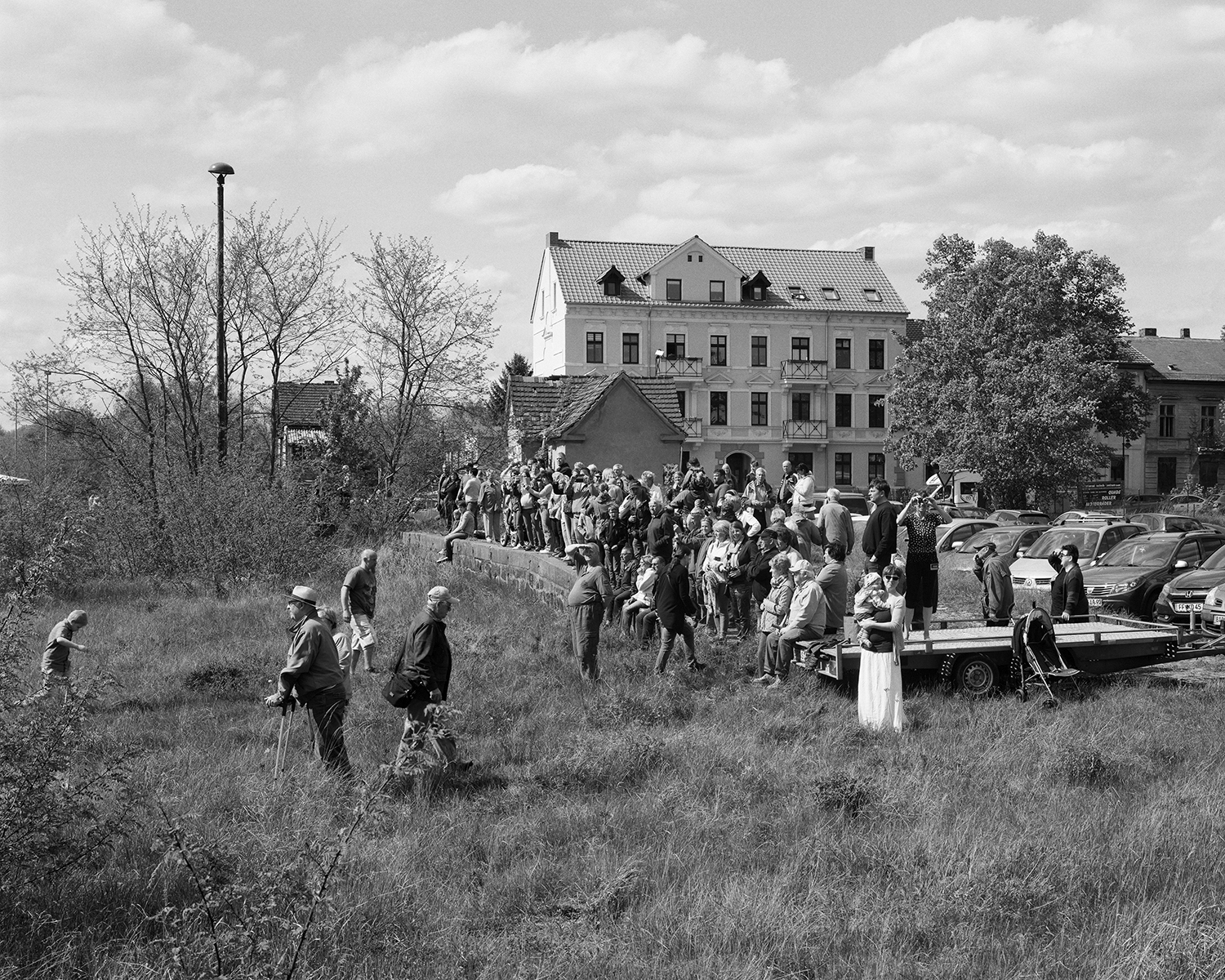 We are kicking off the new year and look forward to seeing you at our first Opening Reception 2019 on Friday, January 18.

Ute and Werner Mahler (born 1949 and 1950), were key figures in photography in the former GDR and co-founded the renowned photography agency Ostkreuz after the fall of the Wall. After having pursued successful careers for decades independently, the couple presented their first joint project in 2011, a series of black-and-white portraits titled “Monalisas of the Suburbs”. In 2014, a second joint project followed, “The Strange Days”, a series of large format landscape studies.

Now the couple presents a new joint project and its third joint publication, “Kleinstadt” (Hartmann Projects), an expedition to the German hinterland. A visit to the small German town, which consists of the pictures of many small towns: from Arzberg over Bitterfeld, Hofgeismar, Pasewalk and Zimmern to Waden and Zehdenick. “We have been interested in this topic for a long time, we worked on suburbs and non-exciting places before. We wanted to visit cities that are not in any travel guide and that are too far from the highway for people to pass through,” explains Ute Mahler in an interview with ZEIT Magazin. “These places are biotopes in which life seems manageable. Where there is great community, but also strong social control. Where there are no attractions, the little things become exciting.” 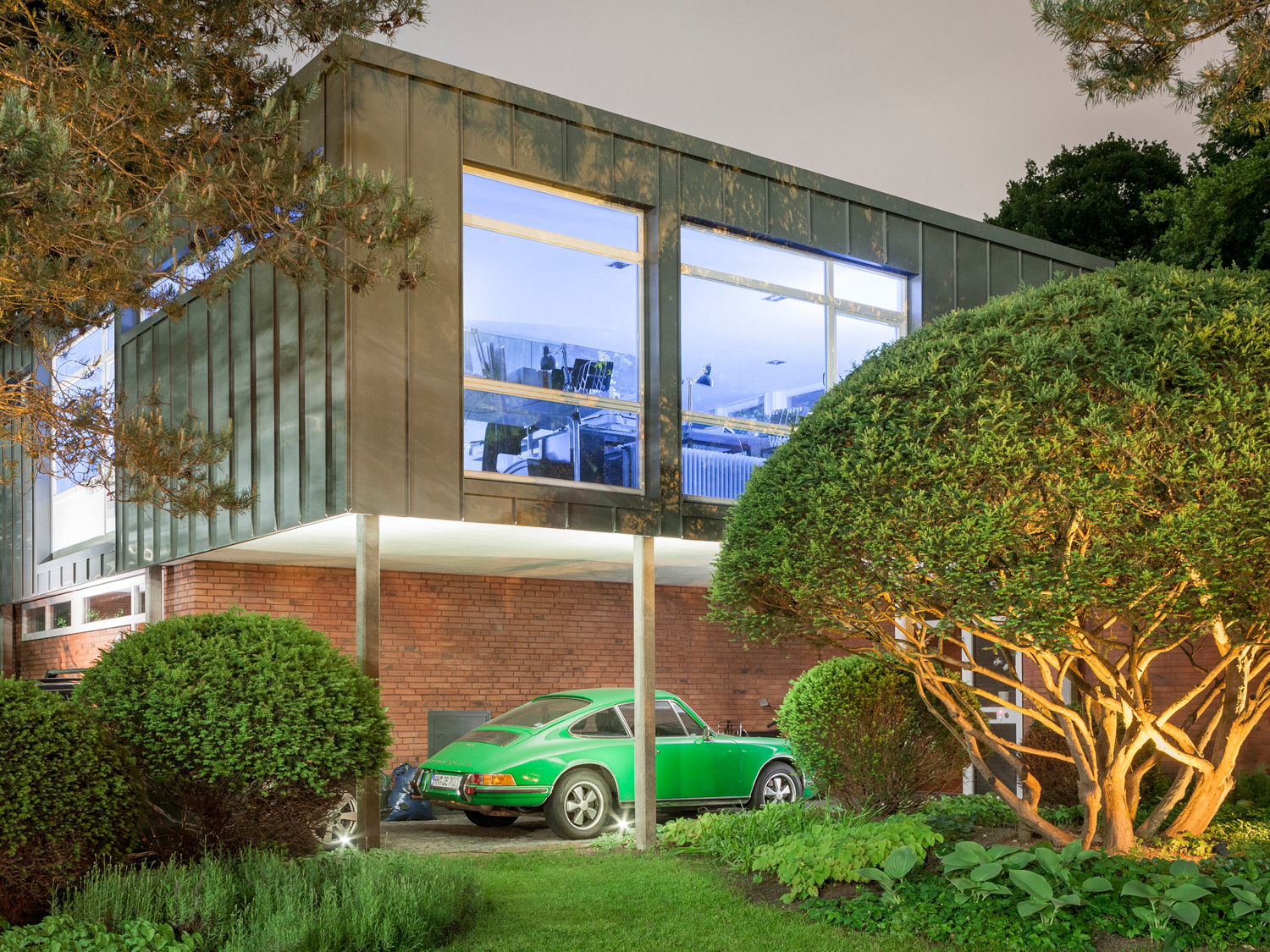 We kindly invite all of our friends to the 27th edition of Fototreff, taking place on Saturday, Jan. 12, starting at 7pm! Gallery artist Peter Bialobrzeski will be the main guest this evening and we highly recommend a short stop at our gallery beforehand to have a closer look at his “City Diaries”. Last chance! 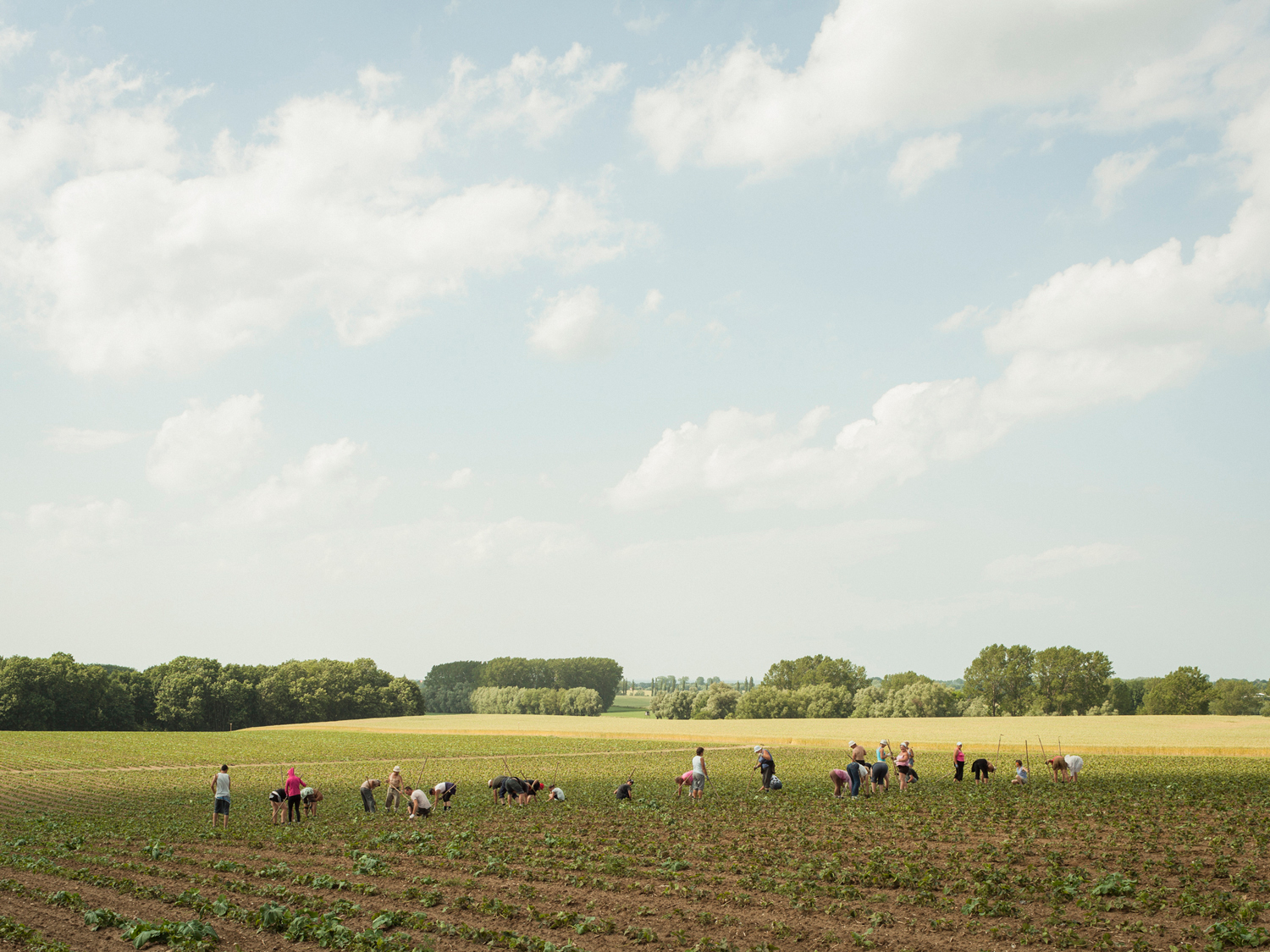 With his current show of “City Diaries” at our Linienstraße space about to come down at the end of next week, gallery artist Peter Bialobrzeski is already in preparations for his next Berlin show! “Die zweite Heimat” will open at Haus am Kleistpark on Thursday, Jan. 10 at 7pm! 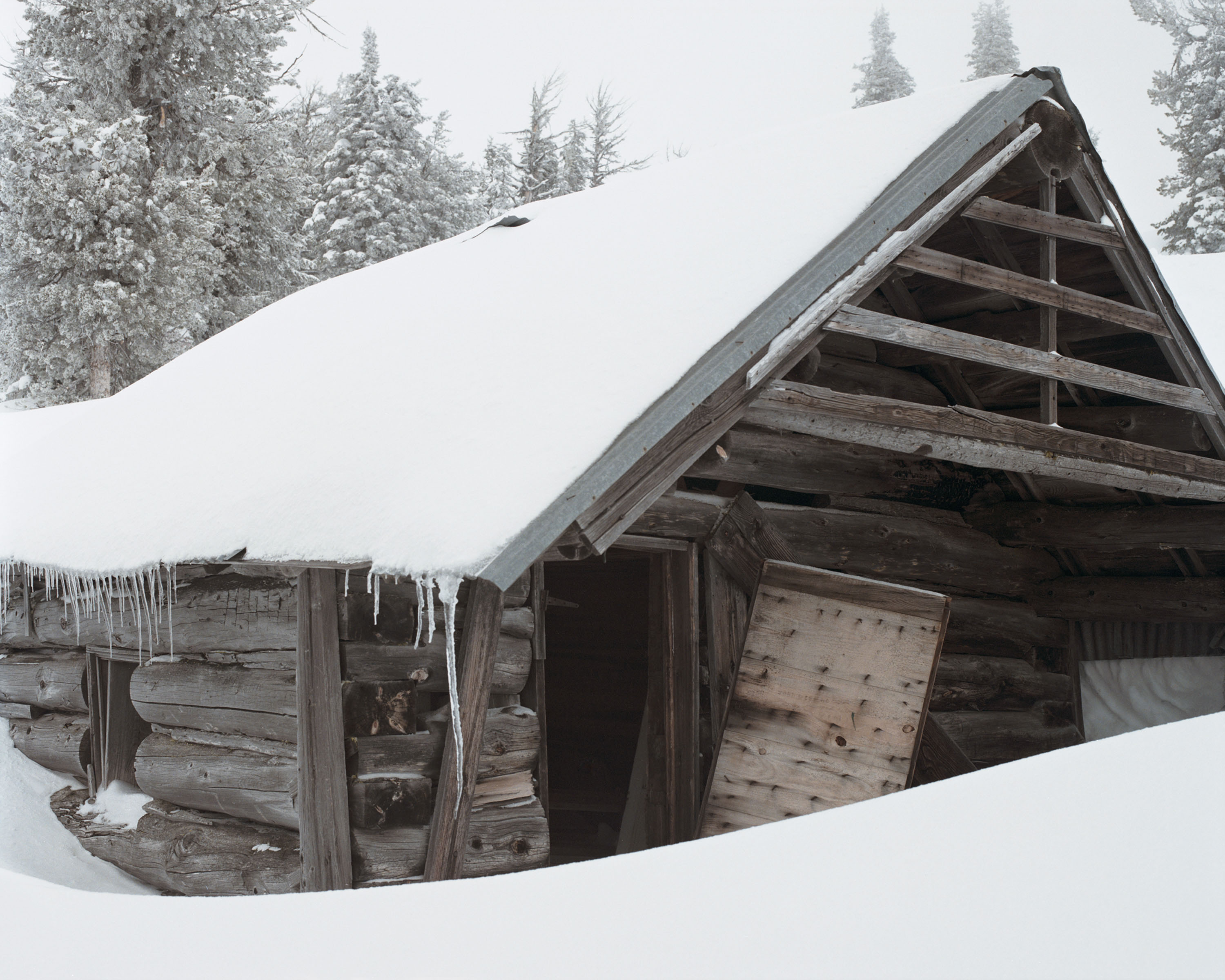 We are looking back at an extraordinarily successful year for the gallery, both at the art fairs we attented in 2018 (San Francisco, London and Paris) as well as in the Berlin space. We want to thank the collectors and clients who trusted our judgment, the many visitors who came to see our shows for their keen interest and the fabulous group of people who help the gallery in every aspect! Last but not least we thank all artists we repesent for their trust and friendship!

Happy holidays and a good start into the new year everyone! 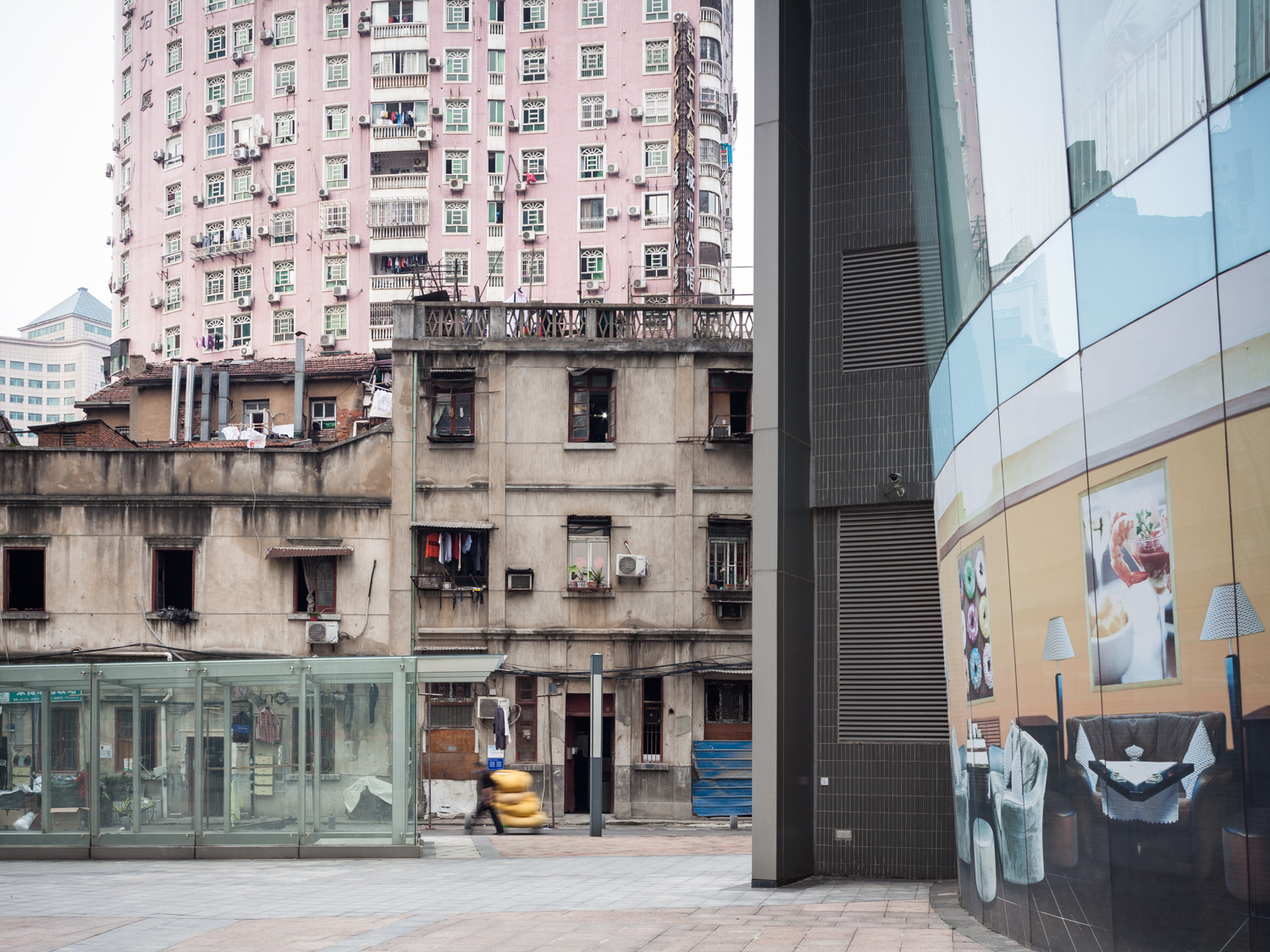 Peter Bialobrzeski “Wuhan Diary” – Book Launch & Signing on Saturday, Dec. 15, 3-5pm! Seven books of Bialobrzeski’s long term project of photographic “City Diaries” have already been published by The Velvet Cell. The eighth publication, on the city of Wuhan in China, is now out and will be presented at the gallery. Save the date! 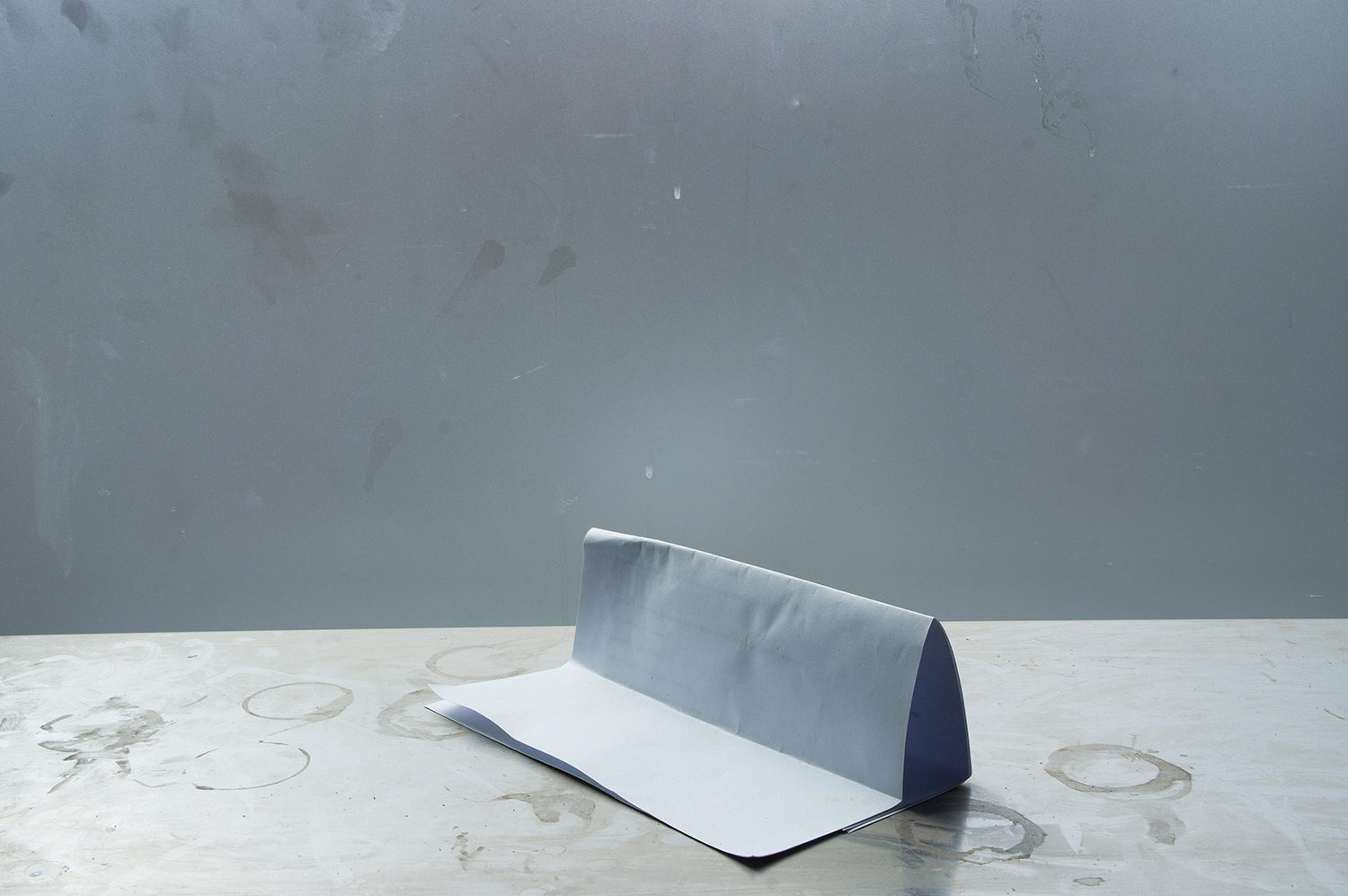 Robert Morat Galerie is pleased to announce that on Friday, Dec. 7 at 10am Goethe-Institut Paris in cooperation with The Eyes Magazine will host an artist talk / exhibition tour / breakfast with Rémi Coignet and Jessica Backhaus on occasion of her current show “Eternity in an Hour” on display at Goethe-Institut Paris until Jan. 8, 2019. Please come by if you are in town! 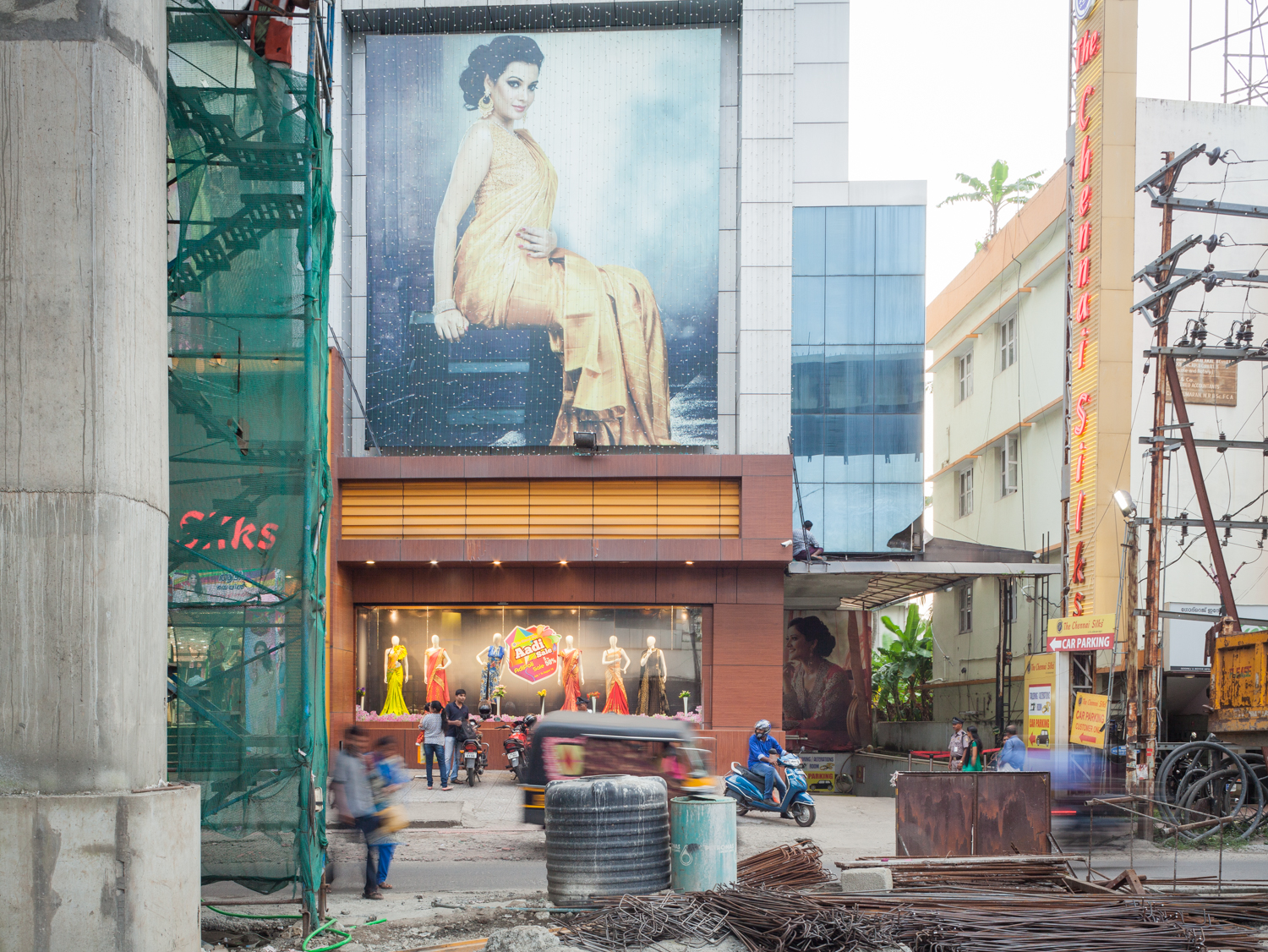 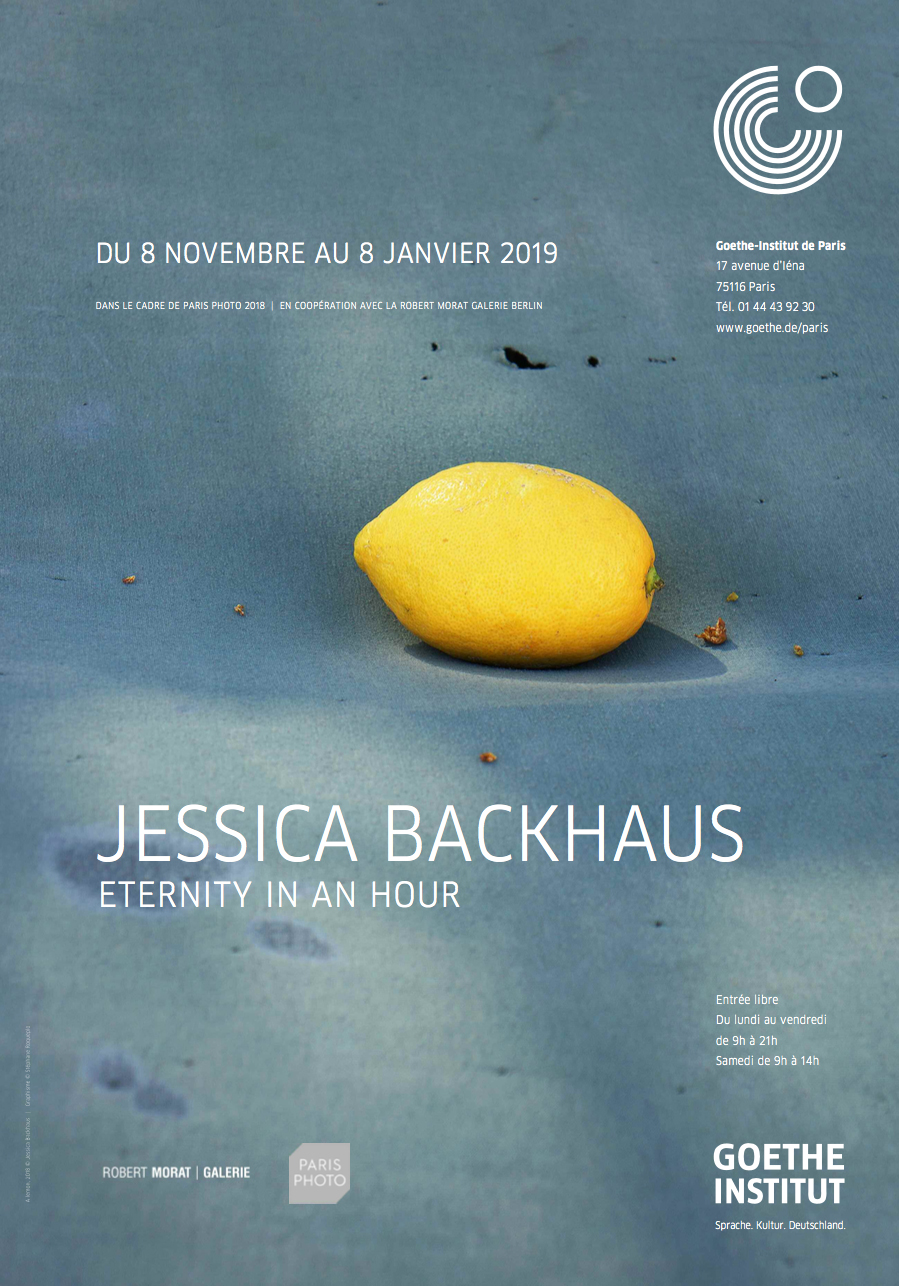 Robert Morat Galerie is delighted to invite you to Jessica Backhaus’ exhibition titled „Eternity in an Hour“ in Paris!

The exhibition will be shown in cooperation with Goethe-Institute during PARIS PHOTO.
Opening reception on Thursday, Nov. 8 at 7pm.

Make sure not to miss it!

Robert Morat Galerie gearing up into fair mode and getting ready for PARIS PHOTO! The fair kicks off at Grand Palais in Paris on November 7. You will find us in booth A36, where we will present works by Roger Eberhard, Andrea Grützner, Bill Jacobson, Mårten Lange and Claudius Schulze. Looking forward to seeing you there!

Read more
Back to top